Since the time when government of India announced the smart cities mission, everyone wants to jump the bandwagon. And why not so? There is a huge money involved in it for infrastructure companies to loose the train. People are interested and excited about it as it is directly concerning them. The government has created a website about the mission which is worth a look. The government has already short listed 100 cities/towns all across India for this initiative, in one of the most ambitious projects after golden quadrangle road infrastructure project.

There are many definitions of concept of smart city. To me, it is very simple. Making our cities liveable. If you consider this definition, then this concept of smart cities is not new, at least in India. In the ancient times, India, had cities and city states, which were liveable and were planned with thought, taking care of needs of that age. One can trace out the efforts made by rulers and citizens for making cities livable. In the modern terms, livable cities means availability of clean water, clean rivers and lakes, clean air, clean and green surrounding, affordable housing, no traffic congestion, grounds to play for children, wide and good roads/walkways, eco-friendly, safe and secure. It is all about connected and intelligent infrastructure.

Couple of years back, I was consulting at an international water engineering company. We developed software solutions for smart waster water management, water management, smart energy management, smart traffic management. Even the management of sludge is also part of these systems. We also need effective means of checking pollution of rivers by industries, factories and builders. Water utilities and energy utilities are trying to find smart ways to identify problem areas before they occur using various techniques such as analyzing social media, using telemetry sensors. They employ predictive analytics strategies to fix problems before they occur. There other very basic items which can be solved without involving these hi-tech stuff. For instance, take example of road digging. How many time we have noticed these in cities when road was re-surfaced 2 days ago, and we see someone from telephone or utilities department digging it for some reason. The key is here is smart co-ordination between various organizations in the local government. All you need is integrated systems and little thought before action. And how about traffic management? We face this day in and day out. We are forced to create green channels for ambulances speeding towards hospitals, in cases of emergencies. How can we better this? The system also should be such that it is efficient, and also prevents corruption. During my stay in Bay Area in USA few years back, I had experienced system in traffic police when they catch, there no exchange of money on the road, but the incident is reported against your driving license. And you need to pay directly to concerned authorities directly. This was best way of reducing the corruption. This was possible only due to the computerized system in which, the driving license get suspended if fine is not paid.

These are all aspects of smart city concept. The integration, automation and intelligence is the key. The dawn of technologies such as Internet of Things(IoT) has big role to play. The movement to introduce metros, bus rapid transit(BRT) in many cities since last few years, is step towards smart traffic management. Collecting and using data for handling problems before they occur is another key(predictive analytics). Effective disaster prevention, management and recovery also needs to be taken care of. These days I am working for a disaster recovery company, but that is limited to enterprises. But the concepts can be applied to city infrastructure systems, from the perspective of being ready for disaster recovery.

I am sure smart cities as envisioned by government, would come true eventually. This certainly is possible with help of technology, political will-power and funds. The key is aspect is self-less vision/will-power of the government and political parties

To me, as we move towards smart cities, the most important aspect is attitude of people in the society. People live in cities(and of course, villages). Are we, the people, going to become smart as well? Here I mean, we need to become good citizens who obey law, aware of responsibilities along with rights, care for public property, cleanliness, responsible approach towards society and nature, discouraging corruption, courteous to others especially senior citizen, women, and most importantly respecting and valuing each one in the society. And government cannot change that, it is us who need to do that.

The thought such as design based culture is what we as a society need to aim for, beyond smart cities. This talks of a need of having first design, then order based on that and lastly a solid system which is modeled on the other two. While design should take care basic needs, the aesthetics is very important part of design. In the ancient age, India was known for its aesthetics sense, and it is quite evident from the rich heritage our ancestors have left behind for us. This sense of aesthetics needs to happen all levels. As somebody has said, if we want the our environment/society, something must change within first.

Hope with this Smart Cities Mission, we go from smart city to smart governance to smart citizen.

What do you think? 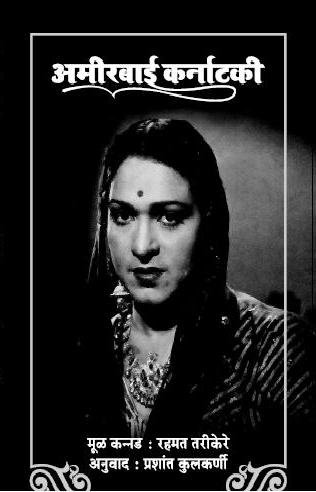